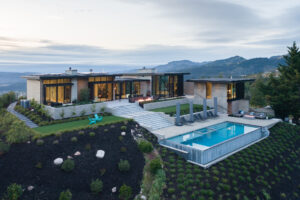 The Chinese will welcome the Lunar New Year starting Feb. 8, and the unpredictable Year of the Monkey promises to be a lot more fun than the last 12 months of the steady, surefooted Goat.

“The influence of the Monkey puts everything into flux,” said predictions made by Astrology Club. “The Monkey’s gift is the ability to find unconventional solutions to old problems. Daring to be different can lead to success.”

Here in the North Bay, there are plenty of traditional and daring ways you can celebrate this colorful holiday, which always starts on the second new moon after the solstice and continues for 15 days.

We came up with eight ideas – considered a lucky number – that will give you an excuse to shout out “Gung Hay Fat Choy!” to family and friends.

1 — The Vietnamese Tet Festival, which follows a variation of the Chinese lunar calendar, will celebrate the clever Year of the Monkey at 4 p.m. Saturday, Jan. 30, at the Sonoma County Fairgrounds’ Grace Pavilion. The festivities kick off with Vietnamese food and games, a Lion Dance, song and dance performances by children and a History of Ao Dai Fashion Show, followed by dancing until midnight. Free admission, but seating costs $20 for VIP and $10 for a sponsor seat. sonomacountyfair.com.

2 — A Dragon dance team will roar through the Central Library in Santa Rosa at 1 p.m. Feb. 6 during a Chinese New Year celebration for the big and little monkeys in your family. Chinese crafts, calligraphy and fortune cookies will add to the cultural flair and flavor. 211 E. Street. 545-0831.

3 — The Chinese New Year brings new beginnings and good fortune. Why not try your luck at the Graton Resort & Casino in Rohnert Park? At 8 p.m. Feb. 9, there will be a traditional Lion Dance, accompanied by a red envelope giveaway and a Lucky Monkey Swipe & Win. gratonresortcasino.com.

4 — The Crushers of Comedy will present a Chinese New Year celebration – complete with magic show, wine and Chinese food – at 7 p.m. Feb. 13 at the Deerfield Ranch Winery Wine Cave in Kenwood. Advance tickets only: $40, at crushersofcomedy.com. 10200 Sonoma Highway. For 21 and over only.

5 — The Redwood Empire Chinese Association will hold its annual celebration of the Lunar New Year at 5 p.m. Feb. 20 at the Santa Rosa Veterans Memorial Building in Santa Rosa. The evening includes Lion dancing, a parade with a 250-dragon and traditional holiday food. Tickets are $25 adults, $12 for kids 12 and under, available at G&G Supermarket or Asia Mart, both in Santa Rosa. recacenter.org

6 — The Donum Estate has installed an outdoor sculpture exhibit, “Circle of Animals – Zodiac Heads,” by renowned Chinese artist Ai Weiwei, at the winery in Sonoma’s Carneros region. The outdoor sculpture feature 12, bronze Zodiac Heads that stand on bronze columns atop marble bases in a perfect circle. Each head and base is about 10 feet high and weighs nearly 1,000 pounds. Weiwei – an activist, architect, filmmaker and China’s most famous artist – recently held an exhibit on Alcatraz Island. The winery is open for tasting by appointment only. thedonumestate.com or 939-2290.

7 — If you want to experience the most authentic Chinese New Year, head to San Francisco for the annual downtown parade, which roars to life at 5:15 p.m. Feb. 20. The parade was launched in the 1860s and remains one of the few night illuminated parades in the country. Crowds are entertained with elaborate floats, costumes, exploding firecrackers and a spectacular 268-foot Golden Dragon. Get there early for a parking space. chineseparade.com.

8 — The Chinese New Year requires eating specific culinary dishes believed to bring good luck in the New Year. Check with your favorite Chinese restaurant to see if they are serving any of these (rice cakes, whole fish, Buddha’s Delight, etc.). You can also go the DIY route – after all, this is the year of the clever Monkey – and order a Peking Duck with plum sauce from G&G Supermarket. Steam up some mu shu pancakes (available in the freezer section) and serve with some sliced bok choy, scallions and chile peppers. The duck must be ordered a day in advance. 1211 W. College Ave.

Staff writer Diane Peterson can be reached at 521-5287 or diane.peterson@pressdemocrat.com. On Twitter @dianepete56.

Things To Do This Week In Sonoma County