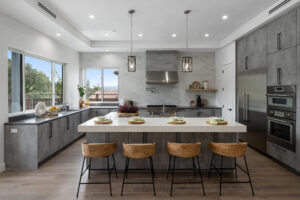 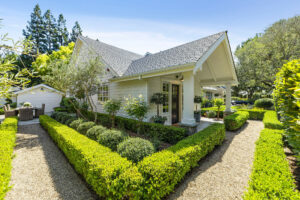 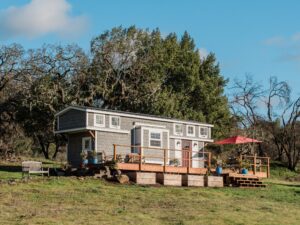 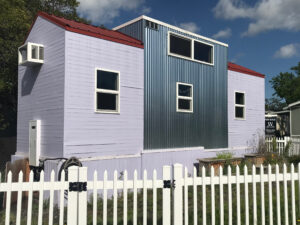 An ugly Christmas sweater and 8,000 santas aren’t the usual recipe for romance, but for San Franciscans Brad Maloy, a human resources professional, and Andy Hartman, who works in finance, that recipe hit its mark. They met for a first date at a bar during the city’s annual SantaCon convention. “We were the only two people who weren’t dressed up, except for my sweater,” Brad laughs. Within four months they’d moved in together, and a year later, Andy popped a big question (though not yet the big one): “Would you travel the world with me?”

Brad didn’t hesitate, and the two embarked on a six-month adventure that included, in Andy’s words, “16 countries, 53 flights, and 75 beds.” From football matches in Australia to shark diving in South Africa to a cat cafe in Tokyo, it was a whirlwind trip that also included a secret phone call from Andy to Brad’s parents and a heartfelt marriage proposal in Cinque Terra, Italy.

Eleven months later, the couple married in an outdoor ceremony officiated by Andy’s brother-in-law at Santa Rosa’s French Oak Ranch. They served specialty cocktails named after their golden-doodle, Ollie, and decorated the reception tables with huge palm leaves, succulents, and wooden lanterns. And there was plenty of dancing on a custom dance floor Brad ordered as a surprise for Andy. “I’m 6 feet, 5 inches but for some reason I can do the worm,”

Andrew says, “It was the best wedding gift he could have given me.”

After donuts and more dancing, the night ended with a whisper. “French Oak has a noise ordinance at 10 p.m., but we had the venue until 11,” Brad explained. “So from 10 to 11 we held a silent disco.” The band stopped, but dance music kept playing through wireless headphones passed out to all the guests. It was a highlight of the party, and a whimsical finish to an unforgettable day.

Hotel bars are hot drinking destinations for both visitors and locals.