North Bay residents have spent the days since Monday morning, October 9, experiencing terror, loss, and heartbreak. They’ve been fighting fires with garden hoses, preparing their homes against the onslaught of raging flames, and waiting in evacuation centers for news of loved ones and updates regarding the survival of their homes. In the past few days, firefighters battling blazes in Napa and Sonoma counties have continued to make gains, with containment numbers increasing. When the fires are quenched begins the road toward recovery.

In an effort to help rebuild their local community, Natalie and Vinnie Cilurzo, owners of Santa Rosa’s Russian River Brewing Company, have partnered with former professional cyclist Levi Leipheimer’s King Ridge Foundation to launch the charitable endeavor Sonoma Pride. The campaign will raise funds through direct donations to the King Ridge Foundation, sales of Sonoma Pride beer (to be released on October 31) and $25 donations for a chance to win Pliny the Younger line-cutting privileges in 2018.

The Sonoma Pride donation site, which has already realized over $162,959 in charitable contributions, will continue to collect and distribute funds through December; 100 percent of proceeds will be donated to victims of the Sonoma County wildfires.

Commenting on the Sonoma Pride campaign, Natalie Cilurzo says, “It was important to Vinnie and me to partner with a local non-profit that would ensure the money raised stays in Sonoma County…one with no overhead or administrative fees so all of the money goes directly to the wildfire victims.”

As part of this fundraising effort, Russian River Brewing Company has invited breweries from across Sonoma County and around the world to create beers under the Sonoma Pride label. Bear Republic Brewing Company in Healdsburg was the first to sign on for the collaboration.

“Being a retired firefighter myself” says Richard Norgrove Jr., Bear Republic owner and master brewer, “it was important for us to be a part of this.”

As part of the Sonoma Pride campaign, Bear Republic has partnered with St. Florian’s Brewery in Windsor to make a collaborative beer called “Mutual Aid.” Firetrucks from Healdsburg and Windsor will be pictured on the label. Aron Levin, owner and master brewer at St. Florian’s Brewery (St. Florian is patron saint of firefighters), is a fire captain and has been fighting on the front line since the North Bay wildfires broke out.

Bear Republic is planning a similar collaboration with Petaluma’s 101 North Brewing with a label representing Richard Norgrove’s and 101 North master brewer Joel Johnson’s alma mater Cardinal Newman. The proceeds from this collaborative brew will go directly toward rebuilding Cardinal Newman High School, which was damaged in the Tubbs Fire. Bear Republic Brewing is also donating 50 cents on ever case sold to help fire victims; the brewery estimates this will net $70,000 for the charitable endeavor.

Meanwhile, Sonoma Springs Brewing in Sonoma Valley plan to brew a juicy-style IPA under the Sonoma Pride label, which will be released on draft in November. On November 11th, the brewery will honor the Sonoma Valley Volunteer Fire Department at their annual Sottile Red Party fundraiser.

Locals and families affected by the fires can apply for funds online through the King Ridge Foundation; families with children are given preference. The Sonoma Pride campaign has also secured donations from Trek and Specialized of 1,000 new bicycles; families with children who lost bikes in the fires or children who don’t own a bike may apply for one here. North Bay residents who are in need of basic necessities like toiletries, shoes, and clothing may apply for assistance in obtaining those items here.

More information about Sonoma Pride, and how to make a donation, here. 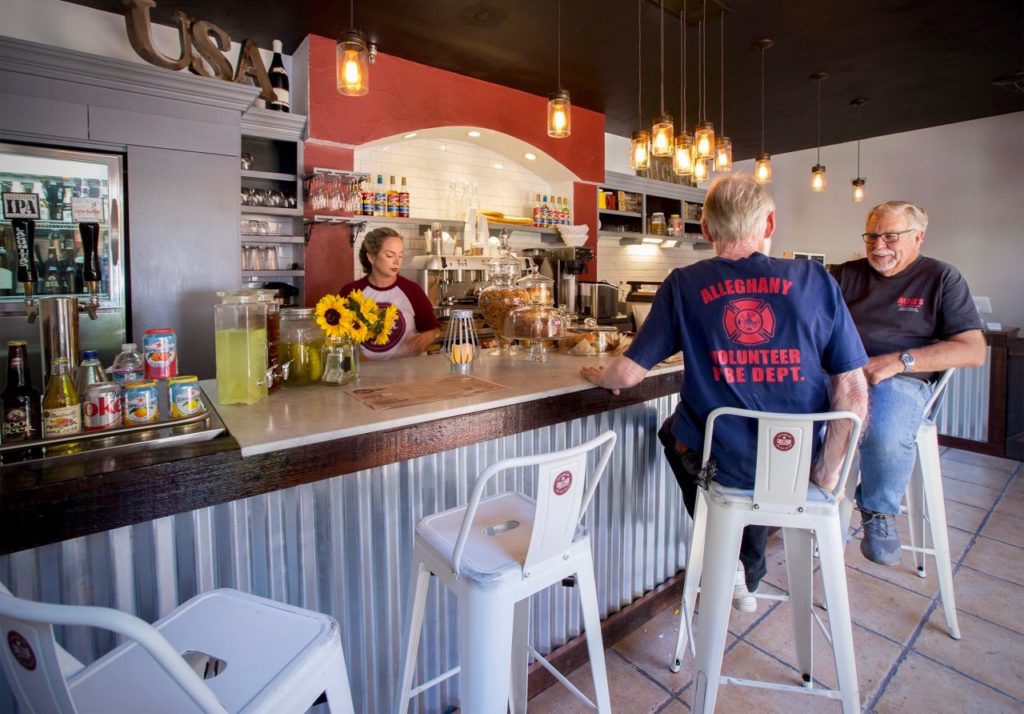 Sonoma County is Open for Business: New Restaurants, Wineries, Breweries to Check Out

On Saturday, I had this idea...what if we could feed everyone affected by the fires chef-made to-go meals.