The three-Michelin starred Restaurant at Meadowood was destroyed when the Glass fire tore through St. Helena and the sprawling luxury resort on Monday. But far beyond the physical loss is the gutting of an iconic Napa establishment, where a young chef named Chris Kostow rose from obscurity to international notoriety as he built one of the most cutting-edge gastronomical experiences in the world.

In a heartbreaking Instagram post this week Kostow wrote, “We are all torn apart. A eulogy is deserved, and will be given in due time… for now, I want to thank all of the TRAMily that have ever graced this magical space — and all of the guests over the years who have enjoyed the efforts of these multitudes. What an honor it has been.”

The Restaurant at Meadowood, which also went by the acronym TRAM, was one of fewer than 20 restaurants in the United States with the distinction of having the culinary world’s highest honor, the three Michelin stars. That made it part of a Wine Country triumvirate of top-dog restaurants that includes Yountville’s The French Laundry and Healdsburg’s SingleThread.

For those of us who had that once-in-a-lifetime meal at the opulent Napa resort, the loss is especially upsetting.

Back in 2008, not long after Kostow took the reins, I wrote about my $661 dinner at Meadowood with a kind of wide-eyed astonishment that we experience far less frequently now, as world-class dining experiences have become available to us through magazine features and TV shows.

For my younger food writer self, the dinner was especially memorable. It was the first time I had the opportunity to write about a restaurant of that caliber and a meal that I would never have been able to afford was it not paid for by my employer.

At the time, I wrote, “This is the kind of food you eat once or twice in a lifetime if you’re lucky — plates so tweezer-precise that it feels like a sacrilege to degrade them with a fork.” I elaborated on each course, which included foie gras and strawberries, paper-thin smoked toro with caviar and chicken with cockle sauce. I summarized with these words:

“Kostow’s food pleases the eyes, nose and mouth, certainly, but wiggles deep down into the soul. If you take the time to explore each bite — to look at touch and smell; to appreciate each detail so carefully mapped out by the chef — it is transformative.”

In 2008, culinary techniques like “sous vide” (cooking in a warm water bath), carefully curated wine and food pairings and even foams and powders were fairly revolutionary, especially outside of New York or San Francisco. Though Thomas Keller’s French Laundry and Doug Keane’s Cyrus (which closed in 2012 and is set to rise again in 2021) were also a heavy-hitters in the Michelin world at the time, Meadowood’s fairy tale-like property was a secret world of opulence. A visit felt like entering another world.

Though the owners of Meadowood have vowed to rebuild, the loss is poignant. It’s the bespoke kitchen that Kostow spent more than a decade perfecting, it’s the restaurant family now flung to the wind (like so many others), it’s the memories of a perfect evening spent being pampered and fed by one of the greatest chefs in the country and it’s one more loss for our region, torn by wildfires again and again.

No, Meadowood wasn’t someone’s home, and there’s no comparison to the thousands of personal tragedies all around us. But Meadowood was a special part of the Wine Country experience, and it’s a loss that will be felt for years. 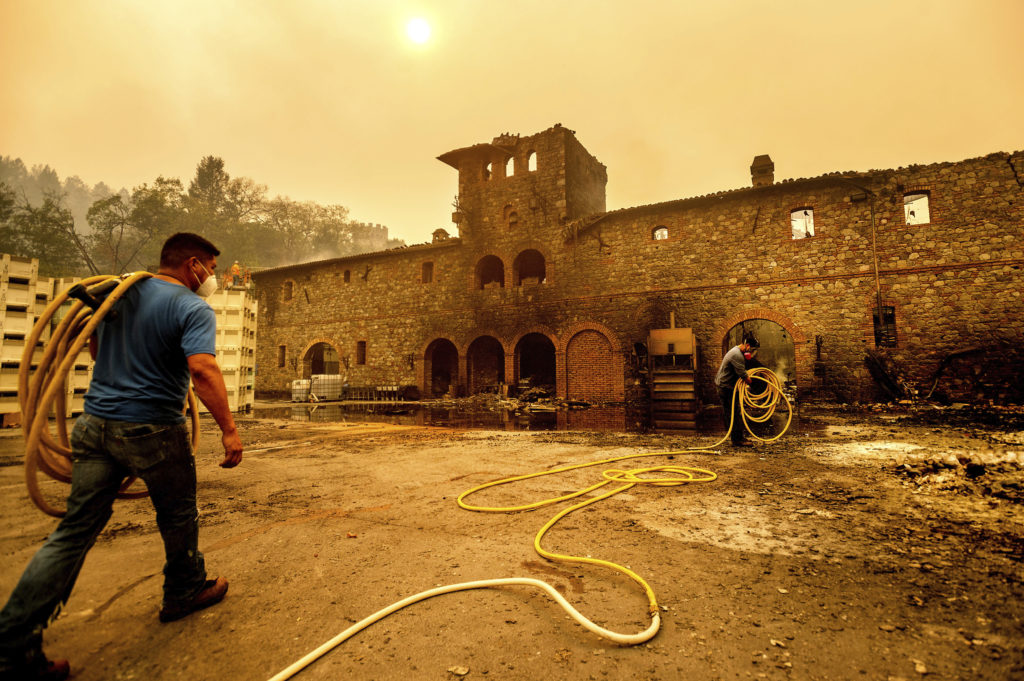 Matthew Henderson has covered every major fire in California since 2005, and his videos have been viewed by hundreds of...