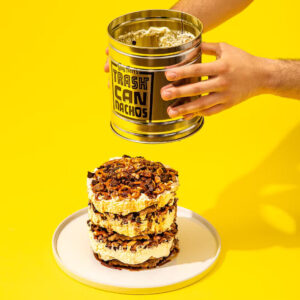 Written by Heather Irwin for BiteClubEats.

Don’t know an izakaya from an omakase? Don’t worry, you will.

Although nearly a third of Americans included in a 2015 National Restaurant Association survey said they regularly eat sushi or “Japanese” food, the lion’s share of that is Americanized sushi, strip mall teriyaki and Top Ramen.

But homestyle Japanese dishes, pub food and even luxe multi-course kaiseki meals are the obsession of several Sonoma County chefs looking eastward for their culinary inspiration.

“There is a lot of symbiosis about what we do here and what they do in Japan,” said Chef Matthew Williams of the Ramen Gaijin, Sonoma County’s first pub-style izakaya and small plates eatery in Sebastopol. That means working closely with seasons and local farms, plating that teases all the senses and culinary techniques based on centuries-old knowledge as well as emerging gastronomical experimentation.

And though Williams and his co-owner Moishe Hahn-Schuman don’t have Japanese heritage, they pay homage to a cuisine they fallen in love with.

“Our food is an Americanized version but with a sense of place, and working within the seasons,” said Williams. “We try to take traditional Japanese techniques and put them through a Sonoma County lens.”

That sense of place, merged with the exacting precision of Japanese cuisine and the almost ceremonial nature of serving of-the-moment produce, is what fellow chef Kyle Connaughton and his wife/culinary farmer see as their mission at Healdsburg’s forthcoming Single Thread Farms, Restaurant and Inn. The restaurant is slated for an early summer launch.

“There are quite a few parallels,” said Connaughton. He is a farmer, chef and devotee of the disciplined approach to nature in high-end Japanese cuisine, learned during several years of living and working in Northern Japan with Katina.

Now raising crops for the restaurant on their own Healdsburg farm, the Connaughtons are witnessing first-hand the subtle, almost imperceptible changes from day to day, week to week. That means a peach or piece of bok choy will land on your plate at just the right moment for eating.

“We borrow from and are inspired by (Japan) and apply it to our own cuisine,” Connaughton said.

Other local eateries, pubs and even food trucks have quietly been adding dishes inspired by Japan, but with a definite Sonoma County flair.

Here are a few places to find the food.

Ramen Gaijin, Sebastopol (ramen and yakitori, Japanese-inspired cocktails, small plates): With dashi in their veins and ramen on their minds, chefs Matthew Williams and Moishe Hahn-Schuman have created a uniquely Sonoma County version of izakaya, modeled after Japanese drinking establishments that serve simple, filling foods like ramen and yakitori.

Yakitori skewers, which are grilled and fanned in the open kitchen, include Wagyu beef, chicken meat and the crispy skin, trumpet mushrooms and seasonal fish.

The fragrant smell of meat grilling on charcoal is almost hypnotizing, so we suggest sitting at the kitchen bar if possible. As part of the sensory experience, sprinkled flakes of bonito (dried shrimp) dance and sway in the heat of the plated skewers, beckoning you to admire their beauty and get down to the businesses of eating.

Ramen bowls are made with the same tweezer-perfect concentration, using homemade broth, homemade ramen noodles, pork belly, perfectly-cooked hard-boiled and pickled eggs, mushrooms and bits of pickled kimchi. This seemingly simple concoction is anything but. It takes days to pull together many of these painstakingly-involved ingredients.

Single Thread, Healdsburg (coming in mid-2016): Chef Kyle Connaughton has worked in some of Japan’s toniest restaurants, and the inspiration shows in his dishes. At a recent guest dinner at St. Helena’s Restaurant at Meadowood, his menu included Sonoma Coast sea urchin (uni) with potatoes from his farm, cooked with Japanese root vegetables and beef in ancient clay cookware called donabe.

Though Single Thread won’t be a Japanese restaurant per se, Connaughton said it will be heavily influenced by the country’s culinary philosophy.

“We use a lot of Japanese products and techniques and are inspired by Japanese hospitality and aesthetics,” he said. “Our menu has a lot of similarities to the format and architecture of a kaiseki menu, but we’re not trying to import a Japanese restaurant to Sonoma.

“The spirit of kaiseki is to represent the time and place of where you are, a fleeting moment in time. That is what we are inspired by and apply to Sonoma County.”

Connaughton, co-author of “Donabe: Classic and Modern Japanese Clay Cooking” (Potter, $22), also sees parallels with his passion for the vessels that have been used for centuries in Japan. He also plans to make the porous, lidded clay pots that work a bit like slow cookers, heating up over time in ovens or over open flames and retaining the heat for a long time.

“They support getting the best out of ingredients and the natural flavors. With so many great products and produce here, we don’t have to manipulate ingredients, but just support and enhance them,” Connaughton said.

Instead, Uchida’s Sushi Shoubu food truck serves up “sushi burritos” made with local vegetables and sustainable meats wrapped in sushi rice and a “tortilla” wrapper of nori (seaweed). Frequently he adds his homestyle miso, which is nothing like the sad stuff at sushi bars but cloudy with chunks of sweet potato.

You can find Takeshi on Saturdays at the Santa Rosa Community Farmers’ Market.

Hana Japanese, Rohnert Park (sushi, sake, omakase): Chef Kenichi Tominaga has been Sonoma County’s flag-bearer of Japanese cuisine for nearly 20 years, though only regulars know the best stuff on (and off) his menu. The best bet is Tominaga’s osusume, or “recommended” menu, which includes dishes such as steamed dashi custard, tako poke (octopus) or whitefish tempura with pickled plums and shiso leaves.

Many of the ingredients come from Sonoma County, although much of the fish is flown in from Japan. Hana also is one of the only Japanese restaurants in the region with a sake “sommelier” and an entire wall of Japanese sake.

Local chef-lebrity and Top Chef Masters winner Douglas Keane also has plans for a collaborative St. Helena restaurant with L.A. chef Sang Yoon. Named Two Birds One Stone, the Japanese-style yakitori grill will be housed in the newly-rehabbed Freemark Abbey Winery in the Napa Valley, owned by Jackson Family Wines. The restaurant is slated for a June 2016 opening.

The Pharmacy Cafe: Healthy and delicious