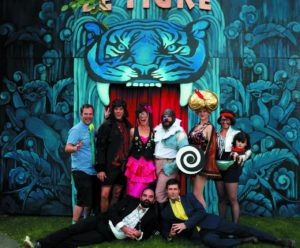 Sonoma, What's New in Sonoma County
Who doesn’t adore a rich bit of parody, bawdy comedy and a magic trick or two — particularly when it’s in the middle of gracious downtown Sonoma? The 19th annual Sonoma International Film Festival will be even more glamorous this year (March 30-April 3), thanks to a new entertainment village anchored by Le Tigre, a […]