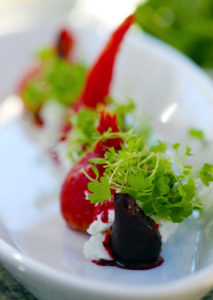 If you know anything about Dan Smith, the owner of Sebastopol's French Garden Restaurant & Brasserie, you know that local boy-turned-entrepreneur-turned-philanthropist-
turned-restauranteur doesn't go down without a fight. Though he's struggled to attain his ambitious vision of a Michelin-starred farm-to-table eatery after two chef departures and mixed reviews of the cuisine since opening in 2006, he's far from throwing in the towel. In fact, he seems more excited about the restaurant than ever