Since its debut in 2004, Pliny the Younger’s popularity has only grown. Its annual release has become a cultural event and every year in February the line circles the block around Russian River Brewing Company in Santa Rosa. The good news (for those who do not like to wait in line) is that Pliny production has increased since it was first released and Russian River Brewing Company is no longer the only place where you can get a taste of the triple IPA.

Taprooms, bars and restaurants around the Bay Area, Sacramento, San Diego, and parts of Pennsylvania, Colorado and Oregon, now receive kegs of Pliny the Younger during the annual release. But, as usual with Pliny, it’s all very hush-hush and no one knows for sure who will receive a keg this year. There is a list of bars and taprooms that traditionally get a keg of Pliny – but that may be subject to change, and some bars and taprooms do not announce that they have Pliny, in hope that their allocation might last longer. Beer geeks are now closely monitoring Russian River Brewing Company’s Facebook and Instagram for Pliny news, and so should you if you want a taste of this rare brew. Click through the gallery above for a list of Sonoma County bars where you might find Pliny the Younger (based on previous years’ allocation, and what we’ve heard through the “beervine”). Other Bay Area bars listed below. Happy Pliny hunting! Know of any more Sonoma County spots that will get Pliny? Send us an email.

Bay Area and Sacramento bars that might get Pliny: 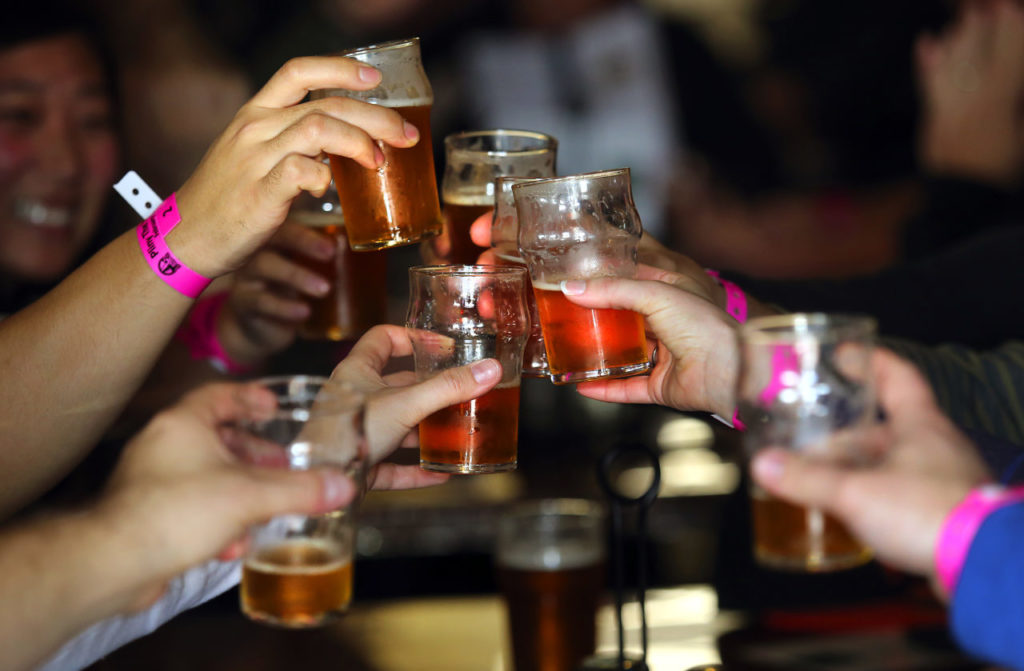 Missed Pliny? Here Are 5 Sonoma County Beers That Are Just as Good (Or Better)