Four months into the pandemic, the word “essential” no longer seems right to describe the vital workforce holding us together. So instead, let’s call it like it really is: “so indispensable it can be a matter of life and death.”

When the world came to a standstill, these men and women braced themselves and began working twice as hard. What are often seen as thankless, back-breaking jobs – cleaning hospital rooms, fixing our plumbing, delivering packages – deserve our respect more than ever. Take a moment to look into their eyes and listen to their stories. These workers are the backbone not just of Sonoma but of America itself. Without them, we would be lost, and the toll of the outbreak would loom far larger.

When Rosa Contreras applied for a job cleaning Kaiser Permanente hospital room 19 years ago, “compassion” wasn’t listed in the job description. But it didn’t take long for her to realize the job includes equal doses of caring and sanitation.

One morning during the pandemic, a patient was having a hard time breathing, so Contreras gave her a sentimental stone with the word “Breathe” etched onto it. Later in the day, a nurse asked, “Did you give her that stone? She’s been holding it in her hand the whole day. She was crying and said you told her, ‘Don’t forget to breathe.’”

“I feel more safe in the hospital than I do outside.”

Helping others is something Contreras learned growing up in Cotija, Mexico, as one of 12 children. Her mother watched over the family while her father worked the fields as a campesino.

“My parents told us, if you see someone who needs help, don’t think twice, just help,” remembers Contreras, 56, who lives in Windsor with her husband and three children. Her husband is concerned she might contract the coronavirus. “But I told him, don’t worry. We have trained for this. I feel more safe in the hospital than I do outside.”

When he was a kid, Sebastian Juarez wanted to be a NASA engineer. “This is not the job I had in mind, but those are the cards I got dealt early, so I had to sustain the family, the housing, the food, the kids.” His mechanical knowledge of how things work comes in handy as a service technician for Garton Tractor, where he fixes farm equipment of all sizes for clients at vineyards, farms, and construction sites.

“The grapes don’t know there’s a pandemic going on.”

“During this time, people are just thankful we’re still coming out and keeping them going,” says Juarez, who is in his late 50s and lives alone in Santa Rosa. His parents were farmworkers in Mexico and moved the family to the United States when he was 12. They worked the vineyards and picked grapes every harvest, and now he makes sure all the machinery keeps moving in many of the same vineyards. “The wineries are relying on us when things break down, because the grapes don’t know there’s a pandemic going on.”

“You wake up one day, and it’s like, ‘What happened here?’” says Jerry Tolman, who has never felt such an “eerie feeling of driving empty roads” in his 29 years of delivering packages for UPS.

For the past decade, his rural route has taken him through Dry Creek Valley, where he delivers packages to residents and picks up shipments from wineries. Since the Covid-19 outbreak, he’s worked 10-12 hours a day. One winery owner told him, “You’re right below the doctors and the nurses. If it wasn’t for you guys picking up our wine and shipping it for us, we’d be dead in the water.”

Tolman grew up in Boonville and played basketball at SRJC and Sonoma State. His
goal was to coach junior high sports, but, he says, after getting a job with UPS right out of college, “I liked the steady paycheck and I liked that you’re your own boss. You’re out there by yourself all day long.” At 55, one year away from retirement, Tolman is more grateful than ever for the bond he’s established with customers over the years. “We’re getting a lot of love out there — a lot of love and a lot of support.”

Starting her vineyard job at 5:30 a.m. six days a week, Veronica Santiago Flores takes pride in nurturing vines. But it’s not what she envisions for her 3-year-old son Caleb, who stays with a babysitter while she works. “I do not want him to work in the vineyard under the hot sun. I want him to go to school and maybe become a doctor or a dentist.

When Covid-19 hit in March, “I thanked God I still had a job and could support my son,” she says. Flores and her boyfriend, Jose Luis, work for Palo Alto Vineyard Management. In the fields, they maintain distances of six feet or more and wear masks and gloves.

“I thanked God I still had a job and could support my son.”

As a child growing up in Acapulco, she dreamed of one day becoming a nurse, “but it was too expensive to go to school for that.” After her family was threatened by a drug cartel and forced to relocate, she escaped to the United States in 2017. “I had hoped to go to school this year to learn English and find another job,” she says. “But now, I don’t know when that will happen.”

“Honestly, I was scared,” says plumber Alex Johnson, remembering when businesses started shutting down in mid-March. “I’ve got two little kids and a wife, and the last thing I want to do is somehow catch this thing and bring it home to my family.”

But plumbing involves going into strangers’ homes, often several in a day, and that’s what he’s continued to do. He and his wife have had conversations about the number of infections in the area. “What’s the limit where I decide that’s enough, and I stay home?” he asks. In addition to wearing a mask and gloves, Johnson undresses in the garage when he comes home from work, putting his clothes in a designated hamper and showering before he touches anyone.

“What’s the limit where I decide that’s enough, and I stay home?”

Johnson specializes in hydronic radiant heating systems, most recently with Ongaro & Sons. “It’s one of those things where this isn’t what I wanted to do, but I’m really good at it. And, to me, this is art. It’s a passion, just like music,” says Johnson, 42, who also plays bass in local band Dr!ven, which has opened for original Beatles drummer Pete Best. “Even though it can look like a monster made out of all these pipes — it’s art.”

As a butcher for Bud’s Custom Meats, Cameron Duhaime travels to farms around the Bay Area slaughtering cows, sheep, pigs, and goats. These days, he’s sharpening his knives more than ever before. “We are just slammed,” says Duhaime, 30, who lives in Cotati and also cuts meat at Bud’s Penngrove store. “It’s been super-busy in the shop, like three times the retail volume that we’re used to.” He attributes the spike in demand to more people cooking at home, with some learning to cook new cuts like elk chops or rack of lamb. “It seems like everybody’s a professional home chef now.” And during times like this, he says, there’s “a sense of security in having a quarter of beef in the freezer.”

Raised in Colorado, Duhaime farmed vegetables and later learned butchery on a farm in upstate New York. Since moving to Sonoma County two years ago, he has started working six to seven days a week, spending about half the time on the road and the other half in the shop. “I just feel grateful and really lucky that it just so happens the work I do is essential.”

“There’s a sense of security in having a quarter of beef in the freezer.”

“I miss seeing people’s faces,” says Safeway cashier Maria Lemons. “With a mask on, people can’t really see that I’m smiling, and I can’t see their expression. It’s hard to read people now.” A single mother raising three teenagers, Lemons has worked the last 15 years as a cashier, stocker, and customer service rep at the Safeway on West College Avenue in Santa Rosa. The beginning of the pandemic “was a bit scary,” she says. “But I continued working because that’s how I feed my family, and I was thankful I didn’t lose my job.”

Months later, she feels like she’s “coping better,” able to deal with a wide range of customers, some who want everything wiped down and others who don’t seem to understand physical distancing. Growing up “more of a tomboy kinda girl” in Nicaragua, Lemons, 40, played baseball, basketball, and volleyball before migrating to the United States when she was 19. She looks forward to a day when she doesn’t have to cover her smile anymore. “Once you get off work, you just want to get rid of that mask and just breathe fresh air.”

Every morning, David Stafford starts his shift at 3:30 a.m. in Railroad Square, maneuvering a massive front-loading garbage truck through the streets long before most of us are awake.

“The other day, there was this young woman wearing no shoes, riding her bicycle back and forth, following me,” says Stafford, 45, who grew up in Hayward and lives with his wife and parents in Santa Rosa. “Finally, she rides her bicycle straight towards me and stops and says, ‘I don’t know exactly what I’m trying to say, but I just wanted to say, ‘Thank you for what you do,’ and she rides off.”

“It makes you realize maybe this job is important.”

With everything he’s seen during his 21 years on the job — people asleep in alleys and jumping out of dumpsters — Stafford could only shake his head. “I don’t really like the spotlight,” he says. “But it’s kinda nice to hear someone say, ‘Thank you’ in times like this. It makes you realize maybe this job is important.”

“I have never shaved a beard in my life,” says caregiver Maraia Ledua Maffy. “But since this pandemic started, I’ve learned to shave and to cut a man’s hair, too.” For the past year, Maffy has been caring for a Santa Rosa couple in their 80s. Since the outbreak, her clients haven’t left their quarters at the Brookdale Paulin Creek assisted living facility.

“They are away from their family, and I am away from my family — both my kids at home and my family in Fiji — and so our bond has only grown stronger over the past few months,” says Maffy, 46. Working for North Bay Home Care, she is part of a vital local community of Fijian caregivers. “In Fiji, I think we learn to care for people at an early age because we live with our grandparents and often cousins and other relatives.”

“They are away from their family, and I am away from my family.”

Since the outbreak, her shifts have gone from 8 to 12 hours. It’s taken a toll at home, where her 21-year-old son watches her two younger boys, 7 and 10, while her husband serves a prison sentence. “This time has taught me to be grateful for every little thing we have. Sometimes we just have to stand still and be at peace and just love each other more and take care of each other.” 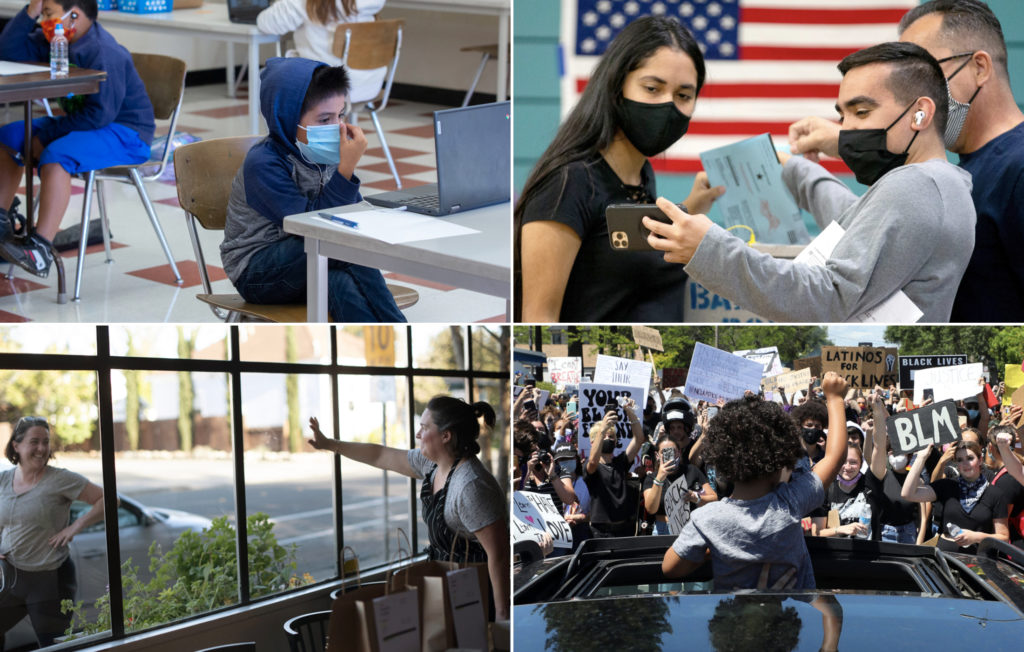 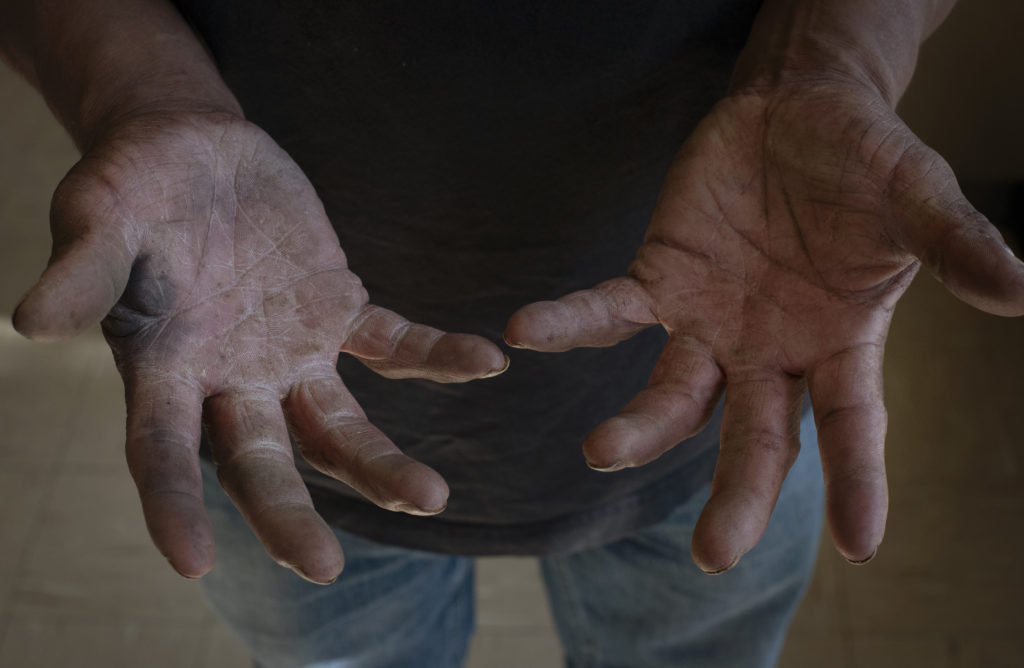 5 thoughts on “The Ones Who Get Us Through: Meet the Essential Workers of Sonoma County”

We’ve been a little jealous of the "slushtails" we’ve been hearing about in Petaluma, Healdsburg and Sonoma, but now they’re...