The massive industrial-style space that once housed SHED Modern Grange in downtown Healdsburg opened Friday as Little Saint, a restaurant, cafe, bar and retail space from the owners of three-Michelin-starred Single Thread restaurant.

The much-anticipated opening comes four years after SHED closed in 2018, leaving the prime 10,000-square-foot space just off busy Healdsburg Avenue empty. Since it opened in 2013, SHED had been a popular central venue for an increasingly high-end Healdsburg dining scene.

On Friday, locals entered Little Saint unsure of what to expect and with faces registering a combination of recognition and surprise. Everything and nothing is different as you walk in. The layout of the cafe, coffee bar, mercantile and food cases have changed little since SHED closed, but there’s a new warmth with cozy banquettes, floor-to-ceiling drapes hung with modern art and double the seating. The 25 North St. location is welcoming in a way that builds on SHED’s original vision, but with the skilled hospitality and of-the-moment cuisine of Single Thread.

Behind the project are Kyle and Katina Connaughton of the upscale Single Thread, designer Ken Fulk of San Francisco nonprofit Saint Joseph’s Arts Foundation, philanthropist Jeff Ubben and his wife, animal activist Laurie Ubben, and Program Director Jenny Hess. In addition to its food offerings, the expansive Healdsburg space will also be used as community hub for conversations with thought leaders, live music performances and events.

“This is a community gathering place that’s been missing for a few years,” said Little Saint General Manager Akeel Shah, most recently of Single Thread. “That’s what SHED was all about, and it’s exciting to bring this back.

“Immediately, when we told the community that we were opening our doors, it started a spark,” Shah said.

Little Saint both embraces and expands on the ideals of SHED founders Doug Lipton and Cindy Daniel, who took a leap of faith by self-funding the design and build of a “modern grange” in 2013. Considered groundbreaking at the time, their project aimed to celebrate the farms, wines, makers, artists and thought leaders of Sonoma County in a buzzy modern space.

When it closed at the end of 2018, the former SHED lay fallow, with ongoing rumors of purchase. When the Ubbens bought the building in 2020, they vowed to continue the SHED legacy.

Single Thread’s management arm, Vertice Hospitality Management, operates the food and wine components of the space. Chef de Cuisine Bryan Oliver will make a return to the kitchen, where he once worked with executive chef Perry Hoffman when SHED was in operation.

The food, said Kyle Connaughton, showcases the micro-seasonal produce of the farms, a reflection of what’s happening today in Sonoma County. Restaurant dishes include lavash with togarashi, purple haze carrots with crunch rice and XO sauce, cauliflower biryani and rice pudding for dessert.

The cafe, open from 11 a.m. to 6 p.m., sells a variety of salads, bowls and desserts with dishes such as beets in coconut yogurt, potato salad with egg-less mayonnaise and orzo with asparagus and preserved lemons.

Co-owner Laurie Ubben said that the timing for opening was perfect, after years of lockdown and social distancing. The result has far surpassed what she expected when the project began.

“How we engage with our surroundings is the future of food. Having connection to where things come from is important. In some small way, having everything here under one roof is representative of that,” she said. 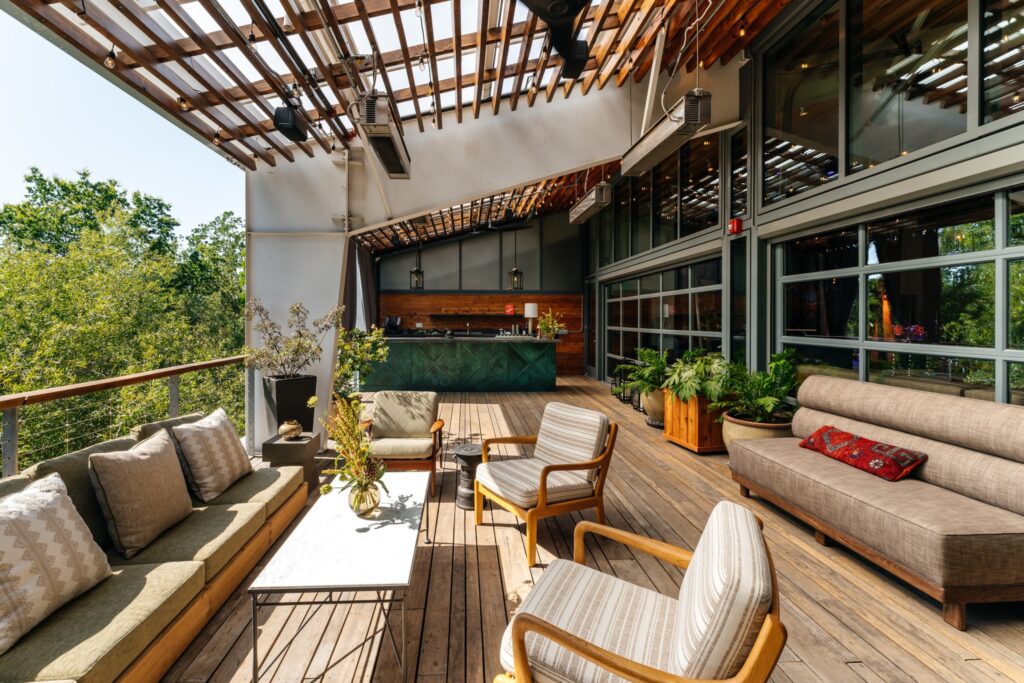 Tickets on Sale, Bands Lined up for Sonoma’s Huichica Festival

More than three dozen music acts are lined up to play June 10-11 at the Huichica Music Festival at the...