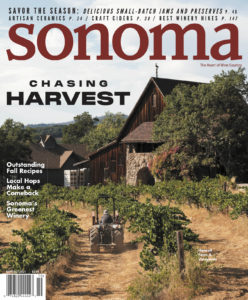 In the town of Sonoma, down a long gravel driveway and past a young Grenache vineyard, is the serene home and garden where the five members of the Potter family hunkered down as the world changed. Extra time at their Sonoma ranch was a silver lining to the upheaval of the pandemic say Scott, who works in private equity, and Dara, a consultant. The couple’s kids, Jordan (15), Miles (13), and Rhea (11), are an active bunch, logging hours in the pool and kicking around soccer balls with their Vizsla pup, Cali. “We also spend a lot of time playing golf at the Sonoma Golf Club and love riding our cruiser bikes to Sonoma Plaza,” says Dara.

The family bought the property in 2017, looking for a weekend retreat with a warm summery climate and good food and wine nearby — the fact that there was space for an on-site vineyard was a bonus for the couple. “Scott and I had dreamed of having a vineyard and making our own wine someday,” explains Dara.

Dara and Scott farm their 1,700 vines organically, with help from Mike Nuñez of Nuñez Vineyard Management. They’ve named it Figure 8 Vineyard, a nod to Dara’s former life as a competitive figure skater. Figures are an essential discipline that teach young skaters the foundations of edging, Dara explains. And since this is the family’s first foray into growing grapes, they say the name also represents newness, abundance, and love. They’re hoping for their first full crop next fall. “We can’t wait to get our allocation of wine made with Figure 8 Vineyard fruit,” says Dara.

The process of choosing which varietal to grow was as thoughtfully considered as the vineyard’s name. “Even though Sonoma is known for Pinot and Chardonnay, we wanted to do something different,” says Scott. Mike Nuñez introduced the couple to the folks at nearby Anaba Wines, who also weighed in on choosing the varietal and rootstock. So committed were Dara and Scott to their winegrape research that pre-pandemic, they traveled to France’s Rhône Valley and Spain’s Priorat region, both areas where Grenache Noir is widely grown. “Turns out, the grape fit very well with the soil composition at our property,” says Scott.

When they bought the home, the existing landscaping was minimal, with a lot of economical bark used as ground cover. Paul Rozanski of Rozanski Design helped the couple envision different outdoor spaces—a veritable Potter wish list that included a small soccer field, bocce area, outdoor kitchen, and space for veggies, olives, and fruit trees in addition to the vineyard. Part of the plan was to execute the
design in stages, over time, so that the space could evolve as the family’s needs did.

During the initial design, Rozanski took Dara and the kids to Sweet Lane Wholesale Nursery in Santa Rosa to help choose trees and grasses. “One of the most memorable moments was when Paul asked Rhea to pick out a plant of her own,” remembers Dara. “She chose a mulberry tree, and I smile every time I pass ‘Rhea’s tree.’” And Dara and Scott adore Japanese maples, so Rozanski made sure a handful of Acer palmatum ‘Emperor One’ made the final design.

Mulberries, lettuces, and especially figs all end up going from straight from the garden to the family’s dinner table, says Dara. “We put figs on everything, whether it’s a cheese platter, salad, fig jam, marmalade for pork…figs are a favorite in the Potter house.”

The Potters are looking forward to fall (“this time of year, the reds, oranges, and yellows around here are stunning,” says Dara), and, hopefully, being able to host gatherings again. They’d like to invite friends to join them for the fall olive harvest, helping to gather the fruit before it’s sent off to be pressed into oil. As the tail end of summer blends into cooler, more colorful days, the Potters say they enjoy seeing how the winemaking community works together to bring the joy of harvest in Sonoma Valley to everyone. 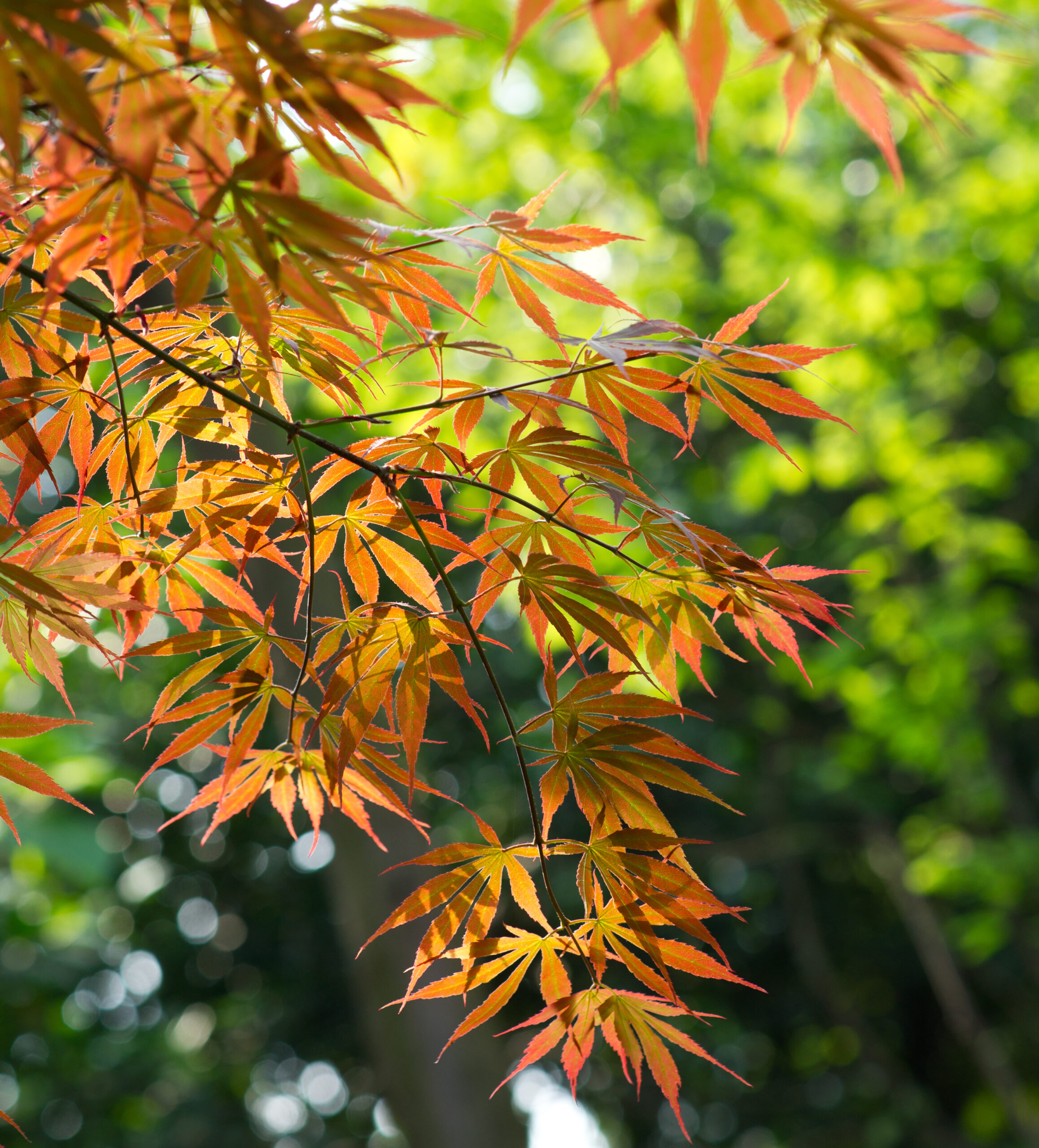 One family’s love of Japanese maples

Designer Paul Rozanski’s plan for the Potter family’s Sonona home incorporates their affection for Japanese maple trees, which the designer sourced at Sweet Lane Wholesale Nursery in Santa Rosa. Nursery manager Joe Hadley says Japanese maples are a subtle, beautiful choice: “They have an elegance of form and structure that is unique to the species, and their sizes are ideal for more personal or intimate gardens. Plus, they are quite nice from a distance and exquisitely sculptural up close.”

Hadley says a landscape designer or nursery professional can help homeowners choose the right Japanese maple for their site’s light, water, and soil characteristics. “Maples can be more complicated than people imagine,” he says. He recommends the book “Right Plant, Right Place” by Nicola Ferguson for learning more about how to match plants to a particular location.

The most popular Japanese maples Hadley sells for Sonoma gardens include Acer palmatum ‘Bloodgood,’ ‘Green,’ and ‘Emperor One.’ But he encourages people to branch out, as there are many lesser-known varieties that offer unique color and character. For three-season color, Hadley recommends Acer palmatum ‘Omato.’ And he likes varieties of Acer shirasawanum (the “full moon” maple) for beautifully layered texture and form.

Shop Along the Sonoma County Art Trails This Weekend

Meet local artists and buy artwork for your home during the Sonoma County Art Trails.