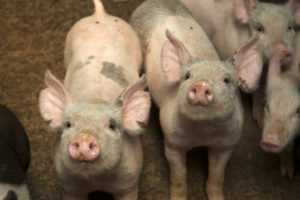 BiteClub buys a piglet named Reggie. Can I eat it? We'll see.

It happened before we were ready, which is often the way with death.
Walking toward the barn, a 22-caliber rifle popped once. Then again. The sound, unmistakable.
Despite being barely 8 a.m. in the morning, Chef John Stewart and I rush toward a small pig sty in the freezing hills north of Santa Rosa. "Damn. We missed it," I said, having spent the previous 24-hours emotionally girding myself to watch a 300-pound animal die at my feet. The pigs had been shot. The slaughter doesn't wait.