Four months ago, Dennis Tussey was sifting through the ashes of his Fountaingrove restaurant, Sweet T’s in search of whatever he and his wife Anne could salvage—a few dishes, some patio furniture, and a $25,000 barbecue smoker they recently purchased. Today, he stands in front of an empty Windsor restaurant space planning the popular barbecue restaurant’s return this summer.

“We have such a faithful following,” says Tussey, misting up a bit, “We didn’t realize until after the fire, but we can go anywhere and people want to talk to us about the restaurant,” he said. “It never entered our minds that we were done. Our only thought was that we needed to come back. We want to put our employees back to work.”

And that’s why the couple set to work almost immediately on finding a new location for Sweet T’s, despite the trauma of losing so much on the night of October 8. The new restaurant will be at the former Denny’s at 9098 Brooks Road South in Windsor.

The Tussey’s fire story started in the early hours of the morning as Ann was closing up the restaurant. She smelled smoke but passed it off as fireplaces possibly being lighted on the windy night–until a fire truck went by the restaurant, heading up Fountaingrove Parkway. Curious, she followed, seeing some smoke but thinking maybe it was a house fire. Like most folks, she didn’t know that fire was already ravaging the hillsides to the east. Tussey went home, and at 2 a.m. the landlord of the building called to inform them that sprinkler alarms had gone off in the restaurant. “We knew something was very wrong,” Dennis said. Their beloved pitmaster, George Ah Chin, who lived nearby, tried to reach the restaurant and saw the entire area ablaze. “We knew it was gone,” Tussey said.

“Of course I feel much more sympathy for the folks who lost homes,” Tussey said. “I had a bed to go home to. But six years of intense effort just went up in smoke.”

In the days after the fire, Tussey invited his staff to home to regroup, giving them 60 days severance pay and helping them find new jobs. They’ve worked with the kitchen staff to rewrite the many recipes for Sweet T’s signature Southern dishes — from grits to ribs — and have a staff of 12 working on the reopening of the restaurant.

Quitting just wasn’t an option. “If you don’t like the restaurant businesses, it’s a tough business to be in. We had grown that place by word of mouth, and we were on solid footing, with between 400 and 600 guests per day,” he said. He equates it to a long-running Broadway show, where there’s always a new audience, always more expectation. “You have to be as good or better than you were yesterday.”

The menu will be mostly the same, though the couple is adding a wood-fired grill to their barbecue lineup. And there will be plenty more parking in the shopping center — something that was always a challenge at their former location. Otherwise, expect the Southern hospitality and solid ‘que Sweet T’s was known for.

“It will be good to see all of our old friends again,” said Tussey. 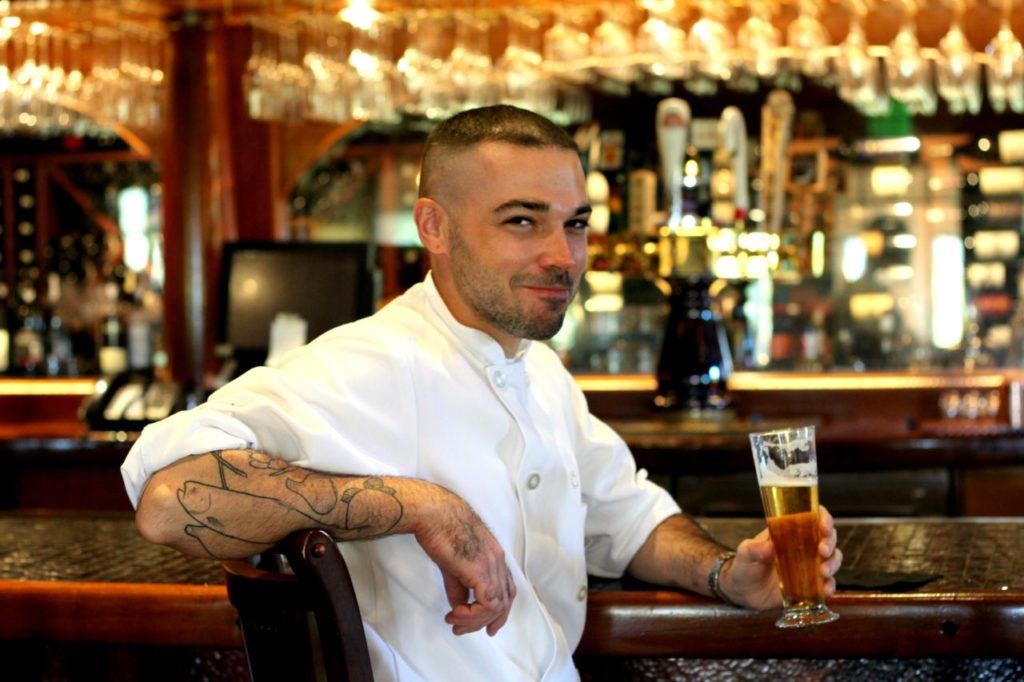